You are here: Home / Safety and security / Best and worst places to store your Airstream 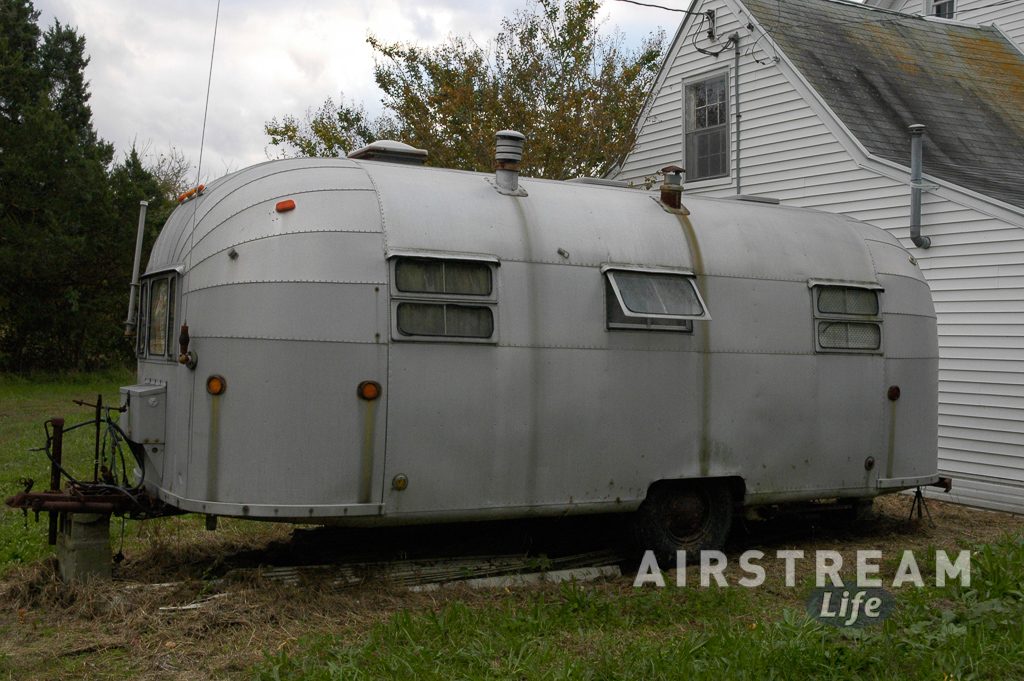 Airstreams don’t like being lonely. They’re gregarious and fun-loving.

That’s why you need to store them in the right place between trips. Left alone, all kinds of bad things can happen. A small leak from rain or melting snow can seep in and do a lot of damage. Squirrels and mice can find their way in, and wreak havoc on the insulation (and anything else chewable by rodent teeth). Spiders can clog up the water heater burner. Thieves and vandals can break in.

So what’s the best choice for storing your Airstream?

No question, the best place to have your Airstream is where you can keep an eye on it and use it between trips. It’s not just a recreational vehicle, it’s potentially:

With the Airstream at home, you can keep it charged and ready for the next adventure at all times. You don’t even have to turn off the refrigerator if you have solar panels (or a plug) and propane in the tanks. And it’s a lot less likely to suffer damage when you keep using it between trips, compared to being out of sight and neglected at a storage facility.

If you store the Airstream inside a closed barn with a gravel floor, be sure that the floor has a vapor barrier (plastic sheeting under the gravel). Otherwise a lot of moisture from the ground will accumulate over the winter and rapidly accelerate corrosion. Any indoor environment needs to be dry and/or have great ventilation.

This is also a great choice, with only the disadvantage being that the Airstream is exposed to the elements. It’s a huge benefit to have a roof over the Airstream. That extends the life of your Airstream significantly—by keeping rain, snow, and UV light from the sun from gradually breaking down the sealants and plastics on the roof and appliances, and keeping the interior cooler in summer.

Driveway storage is great but eventually it would be best to put up some sort of shade structure or shed roof to keep the worst of the weather off the Airstream.

#3: At home, out in the field somewhere

I’m not a fan of keeping an Airstream in a grassy field, but if that’s what it takes to keep it close, it’s still better than a remote storage lot. The problem with storing the Airstream on grass is that it’s easy to let the weeds grow up, and that encourages critters, spiders, and snakes to check it out.

The belly pan on an Airstream is not fully sealed. It’s “mostly sealed” to protect the underbody and insulation from damage, but there are gaps big enough for a mouse to get in. Mice can get in the most incredibly tight spots, and the solution is not to seal up the belly pan so tight that you could camp on the Pacific Ocean—it needs to “breathe” so that moisture can get out.

A better preventative measure is to mow down those weeds, or better yet, put in a gravel pad. Maintain a “sterile” area around the Airstream for at least a couple of feet. There’s always going to be a risk of an unwanted visitor, but at least you won’t be rolling out a red carpet for all of Mother Earth’s creatures.

#4: In a secure, covered, storage facility

Off-site storage is a reality for most of us. It’s rarely truly “secure” and often inconvenient, but I’d personally look for indications of good security anyway. I like storage lots with high walls so that the RVs aren’t on tempting display, video cameras that actually work, and a decent neighborhood around them.

I’d choose a more expensive storage lot in a good area far away, over a cheaper/scarier one that’s close to my house. I like my Airstream too much. But to each their own.

If you’re paying for a storage lot, strongly consider upgrading to covered storage. Like I said before, putting a roof over your Airstream pays off in the long run. A tiny drip from slow-melting snow can turn into a major, major repair of floor rot in a single winter.

Now we’re getting down to the least palatable choices. Storing in an open lot away from your home is approaching an act of desperation. Maybe you have no other place to keep your Airstream, but without at least a good fence and some active security (night watch) you’re really rolling the dice.

Even RV dealerships sometimes have thieves come through at night. They like to break in quickly, steal the TV and other electronics, and flee. Sure, you’ll still have an Airstream in the end, but there’s going to be hassle involved in filing the insurance claim and getting the repairs done, and possibly some personal trauma and permanent scars to the Airstream.

#6: Near a body of salt water, or on damp ground

If you live near the ocean or perhaps Great Salt Lake, make sure your Airstream is stored far away. The “salt breeze” is seriously detrimental to your Airstream. It will cause fast-moving filiform corrosion (those white “spider webs” that afflict the edges of the aluminum skin, taillights, wheels, and other coated aluminum parts), and nothing will stop it except getting away from the salt and humidity.

Damp ground can be almost as bad. Florida is famous for this. I’ve seen lots of Florida trailers with completely rusted out frames underneath, just from a few years of sitting on neatly mown grass. There’s a lot of moisture rising from the soil all the time, even if you can’t feel it or see it.

Well, don’t do that. The only Airstream I’d cover with a tarp is a project trailer that has open holes in the roof—and not for long.

The problems with tarps are multiple:

They’re kind of the worst of all worlds, trapping moisture beneath while allowing leaks, and damaging the Airstream at the same time. Plus they’re ugly. Tarps are for temporary fixes and emergencies, but they’re not for long-term storage.

If you’ve got a tip regarding storage, share with us using the Comments box below.