You are here: Home / Electrical / Tales of things that go “pfzzt” in the night

At first I thought it was just a fluke when the Airstreams got killed.

It was at the event we called Alumafandango, back in August 2012. The rally was being held at jerry-rigged “campground” we whipped up beside an old amusement park. Electricians had run power to service nearly 100 Airstreams, tying into transformers that had probably been sitting outside for several decades. 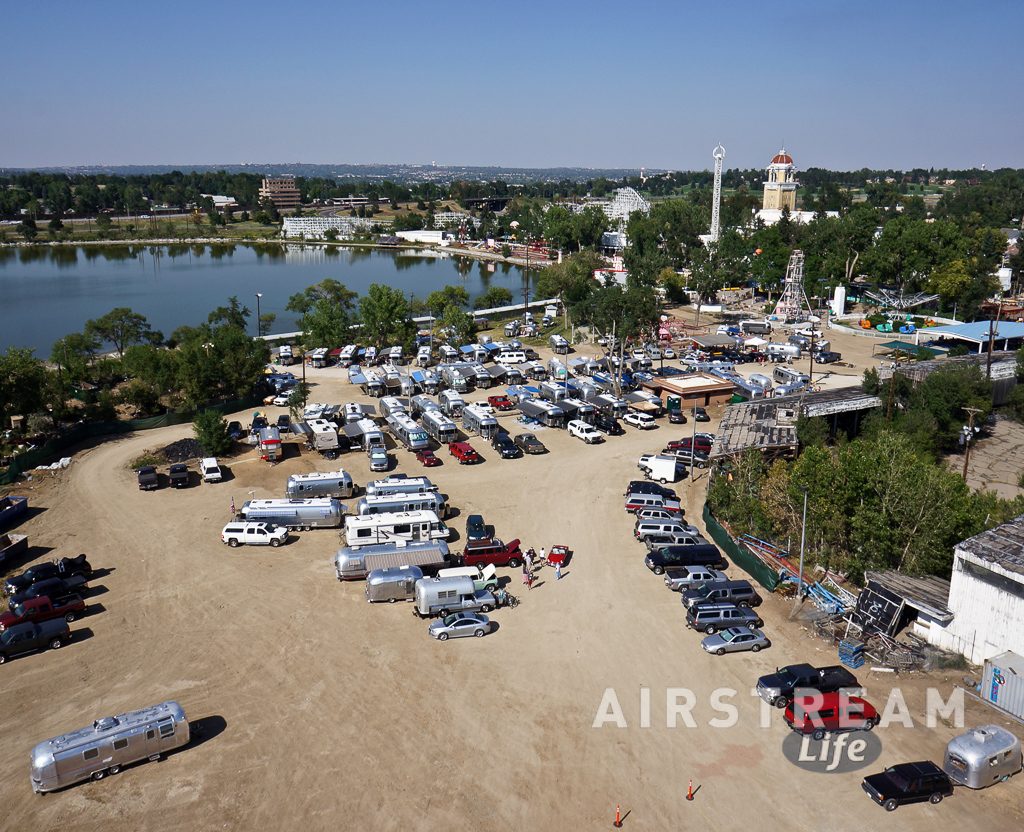 The heat was unbearable in Lakeside, Colorado that day, and everyone who had a 30-amp hookup was running their air conditioning. For nearly 24 hours the electricians struggled to stay ahead of the threat of a complete electrical collapse, and in their haste they made a dangerous mistake. One circuit of Airstreams got a jolt of 240-volt power (instead of the 120 volts they were expecting).

The poor folks who got hit were out of luck for a day or so, until RV techs could get to replacing the fried parts. The Airstreamers could run on batteries for a while, but they had no air conditioning on some of the hottest days of the year, couldn’t run the TV or microwave,  and in some cases had no refrigerator or hot water.

It seemed like a fluke, but then it happened again at Alumapalooza in Ohio in May 2018. I happened to be operating the Airstream Life pop-up store at the time, and I knew there had been a power mishap was because suddenly all the Progressive Electrical Management Systems (EMS) on my shelves were sold.

And once again, at the WBCCI International Rally in July 2019. Same deal—I was minding my booth in the convention center and suddenly there was a line of people rushing to buy all Progressive EMS units that I had. It turned out that once again a line of trailers had come face-to-face with more voltage than they could handle, and the word spread quickly. I came to realize that freaky power situations happen more often than people care to believe.

This wasn’t nearly as much of a problem in the old days, because before 2006 there were very few 30-amp connections available at major Airstream rallies. We didn’t usually have hundreds of air conditioners all straining to pull juice from one fairground’s electrical supply.

[CURMUDGEON MODE ON] When I was a young Airstreamer we were glad to share a single 15-amp circuit across four Airstreams (that’s a miserly 3.75 amps each, just enough to keep the batteries charged)—and if it got hot you just put more ice cubes in your drink. You kids have it too easy! [/CURMUDGEON MODE OFF]

These days it’s just good practice to have an EMS. Now, I’ll admit that an EMS is not a sexy purchase. It doesn’t seem to do anything until you really need it. It’s just insurance, a mild-manner Clark Kent toiling behind the scenes most of the time. But wow—it turns into a superhero when a tsunami of electricity arrives and puts all your neighbors out of commission.

Actually, an EMS does several things. It checks the power when you plug in, and re-checks it repeatedly for about a minute. This way it can be sure that the power is OK. It looks for:

Personally I won’t plug in my Airstream without the EMS in place, even at home. Too many times I’ve been to campgrounds with sketchy-looking, cracked, wasp-infested, and worn power outlets. They should be replaced but often they’re not, at least not until an angry customer shows up with a damage claim.

And even if the campground is new and the outlets look pristine, you can still get a surge from a lightning strike, or a brown-out that toasts your air conditioner on the hottest day of the year.

This summer we’ll be attending three major rallies, ranging from 200 to 800 rigs all parked together. In my experience, this is the most likely scenario for a power anomaly to occur. So if we didn’t already have an EMS, you can be sure I’d be shopping for one before we set out.

With an EMS, the air conditioner can survive to resume cooling after the power issue has passed. That might be only a minute or two. This is a far better scenario for you and your dog. And for added security, you can install one of the available remote temperature monitors on the market, which will alert you on your phone if the Airstream’s temperature rises. (I’m currently testing some of these because we’ll be traveling with our dog this summer.)

Pets or no pets, I think an EMS is one of those “must have” pieces of equipment if you’re a regular traveler, and especially if you like to go to big rallies. As you can tell from my previous experiences, a lot of people become believers after the electrical storm. My advice is to save yourself the trouble and plan ahead for this summer’s travels.